SolidCAM & iMachining - The Unique, Unbeatable CAM Solution that Provides You with the Best Value & Makes You the Most Money!

SolidCAM is the leading Integrated CAM software which runs directly inside SOLIDWORKS and Autodesk Inventor, with seamless integration and full tool path associativity.

With the single-window integration, all machining operations can be defined and verified without leaving the parametric CAD assembly environment you're used to.

SolidCAM is the only CAM with the unmatched, patented iMachining solution, and also supports all Milling and Turning functionality, with powerful support for advanced Mill-Turn machines, including Swiss-Type.

SolidCAM's iMachining provide unbelievable savings and increased efficiency in your CNC milling operations. With its patented “morphing spirals”, intelligent island separation and Moating, iMachining provides you with the shortest cycle times in the industry. 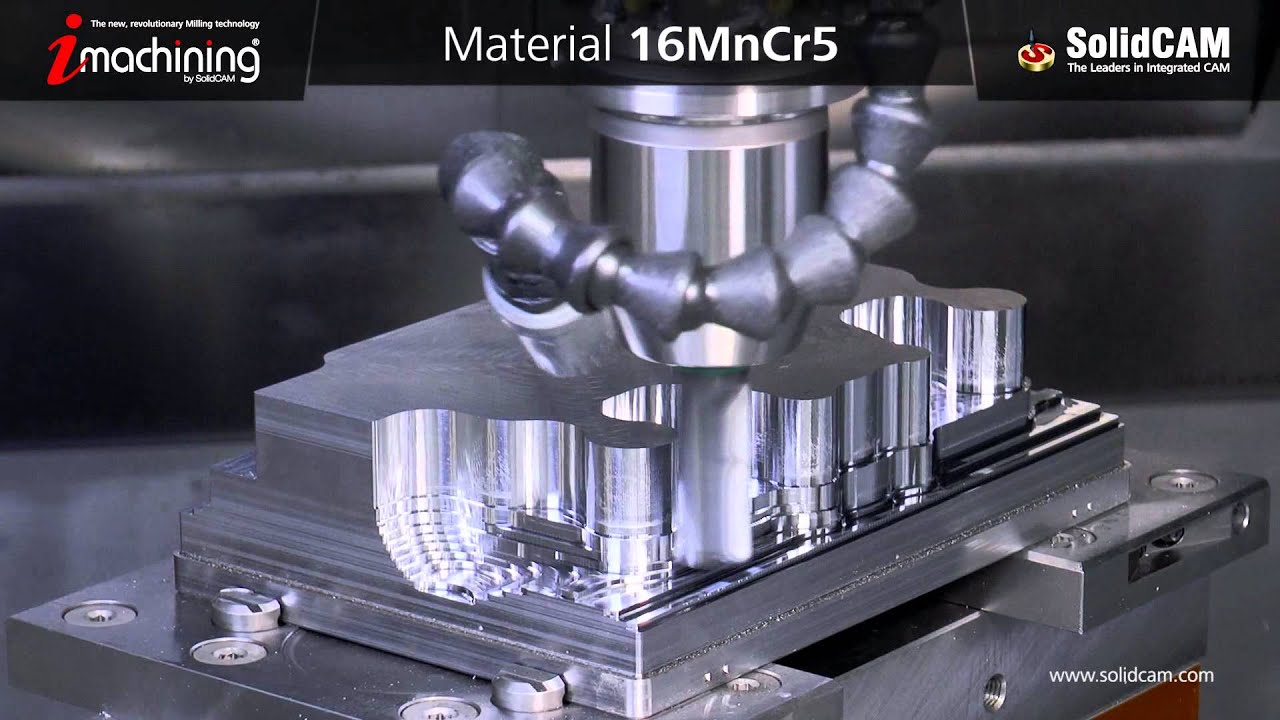 SolidCAM is the perfect solution for your present or future multi-tasking machining needs, with ultimate programming flexibility and configurability. Program multi-turret and spindle operations with full turret synchronization, and watch SolidCAM's simulation of your material being machined in multiple stages, transferring from spindle to spindle without user intervention. 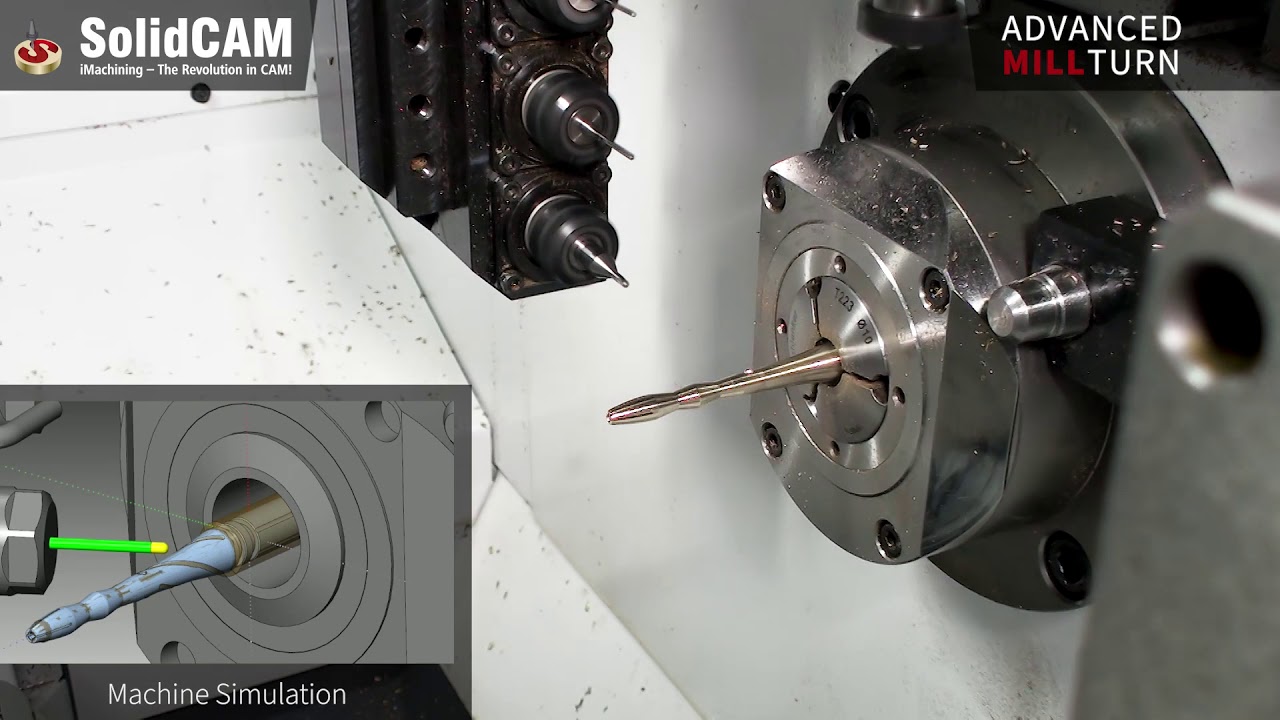 Imagine putting the knowledge and experience of hundreds of CAM and CNC masters in the palm of your hand – Experience iMachining Wizard and Tool Path!

My hope is that not too many people learn about iMachining, because it is my biggest competitive edge."

My experience with SolidCAM has been fantastic. The software is beautiful to look at and is really fun to use."

Our programming time came down by 80%. That alone, I think, makes iMachining worth every bit of it."

I would recommend SolidCAM to anybody, because it really makes profit ... bottom line."

We're very happy with the way SolidCAM integrates with SOLIDWORKS and we're looking forward to adding other modules."

SolidCAM has helped us with parts we've been running for 30 years, in ways we didn't expect. It's been very positive."

SolidCAM Support is always helpful. They help us try the product, helping us push our limits and seeing how they can solve the problems."

Support group with SolidCAM is just fabulous. Calls don't go unanswered, they respond very quickly and walk you through it all."

Unimet d.o.o.: "Almost every part here was produced with iMachining!"

… The biggest satisfaction was to see how cutting time was reduced by 63% when using iMachining for large parts...

Unimet d.o.o.  first started as an independent workshop founded in 1980. At the time, the company used six universal machines installed in the company’s facility which covered 100m2. The production program was based on providing machining services to the domestic market. In 1984 Unimet decided to upgrade and invested in their first CNC machine.

Since then, the company has expanded widely and today Unimet has five production facilities covering 6500m2, with more than 50 CNC machines, the same number of universal machines and over 230 employees.

The company provides its customers with CNC turned and machined parts, sheet metal parts, assembling and testing of parts and instruments. They machine mainly aluminum, stainless steel, brass, bronze, plastics and super alloys such as inconel, hastelloy or titanium. Unimet supplies services to the industries of automotive, aerospace, medicine and more.

In the past years, the demand for parts with complex geometries and large series increased and Unimet had to search for a CAM solution that will be used to automate production and to significantly reduce their programming time.

Srdjan Amidzic and Aleksandar Cvokic from Unimet are mechanical engineers and have been working there for more than 15 years. Both shared with us their experience with SolidCAM:

“We decided to acquire the first seat of SolidCAM at the beginning of 2010. The main benefit that convinced us to try out this CAM solution, was its unmatched toolpath quality for milling machines. Also, SolidCAM’s seamless integration in SolidWorks, which provides excellent CAD integration and associativity, contributed to our decision.”

“Since we have a solid partnership with SolidCAM’s local reseller Solfins d.o.o., we consulted with them and following their recommendation, we decided to acquire SolidCAM. Today, following the evolving needs of the company, we have 6 SolidCAM seats.”

Unimet has been SolidCAM’s customer for 8 years, and they are one of the first iMachining customers in the Serbian market. After watching the patented iMachining and how its tool path increases the cutting speed and devours hard material, even with the smallest cutting tools, and how it can also increase tool life dramatically, Unimet realized the potential it has for machining their parts and decided to add the power of iMachining’s technology to their factory.

Srdjan Amidzic stated that he is always very impressed with the technology of iMachining and the time savings it provides in machining time. He also said that iMachining is the most used module in their workshop.

Aleksandar Cvokic: “Almost every part in our production consists of geometry which was machined using iMachining… The biggest satisfaction was to see how cutting time was reduced by 63% compared to conventional machining, when using iMachining for large parts.”

Due to a wide range of cutting materials and complexity of parts, Unimet had to use advanced CNC technology with a goal of finishing a part with minimal cycle time in a single setup.  Therefore Multi Turret with Multi Spindle and Multi Channel machines became the common machines in their facilities. The most prominent Mill-Turn centers in Unimet’s facilities are Nakamura NTY3 (3 Channels), Takisawa TMM250M1 (2 Channels), Doosan Puma, Okuma LB, etc.

Programming and controlling manually these machines can be difficult, even impossible when it comes to parts with complex geometry, so Unimet turned to SolidCAM for a solution. SolidCAM’s Support Team together with Solfins technical team headed by Bojan Jankovic and Sasa Simonovic provided a solution for these complex machines by developing Post-Processor and Machine Simulation in SolidCAM 2016 for Takisawa TMM250M1 (controlled with Fanuc control unit system).

One of the Unimet’s production facilities

Currently there are no Events

When compared to any other CAM system to mill a part, SolidCAM's iMachining wins any benchmark in ease-of-use, programming time, cycle time and tool life.

Try iMachining on your part and your machine by downloading our trial version.

The tight integration with SOLIDWORKS makes my design-to-production life cycle easy and fast."

The ease of making CAM Gcode right within our SOLIDWORKS 3D modeler is hard to beat."

When compared to any other CAM system to mill a part, InventorCAM's iMachining wins any benchmark in ease-of-use, programming time, cycle time and tool life.

Try iMachining on your part and your machine by downloading our trial version.

From 2.5D Mill to Advanced Mill-Turn, SolidCAM with iMachining IS the Best CAM for You: