Jeff Rowe
Jeffrey Rowe has almost 40 years of experience in all aspects of industrial design, mechanical engineering, and manufacturing. On the publishing side, he has written well over 1,000 articles for CAD, CAM, CAE, and other technical publications, as well as consulting in many capacities in the design community. As editor of MCADCafe, Jeff brings extensive hands-on experience with many design and production software products, and bases his commentary on these products and services as a true end user, and not baseless marketing hype. He can be reached at 719.221.1867 or jeff@ibsystems.com.

We talk with dozens of CAx vendors monthly and on an ongoing basis so we can (hope to) stay current with new features and capabilities. We have also noted for several years the ongoing consolidation of CAx vendors. When I blogged specifically a couple months ago about the CAM segment entitled, “CAM Consolidation 2015: The Circle Continues To Get Smaller,” only one vendor challenged me that it was always independent and would remain so – SolidCAM. That statement piqued my interest, so I thought I better follow up to see how they would substantiate their insistence. 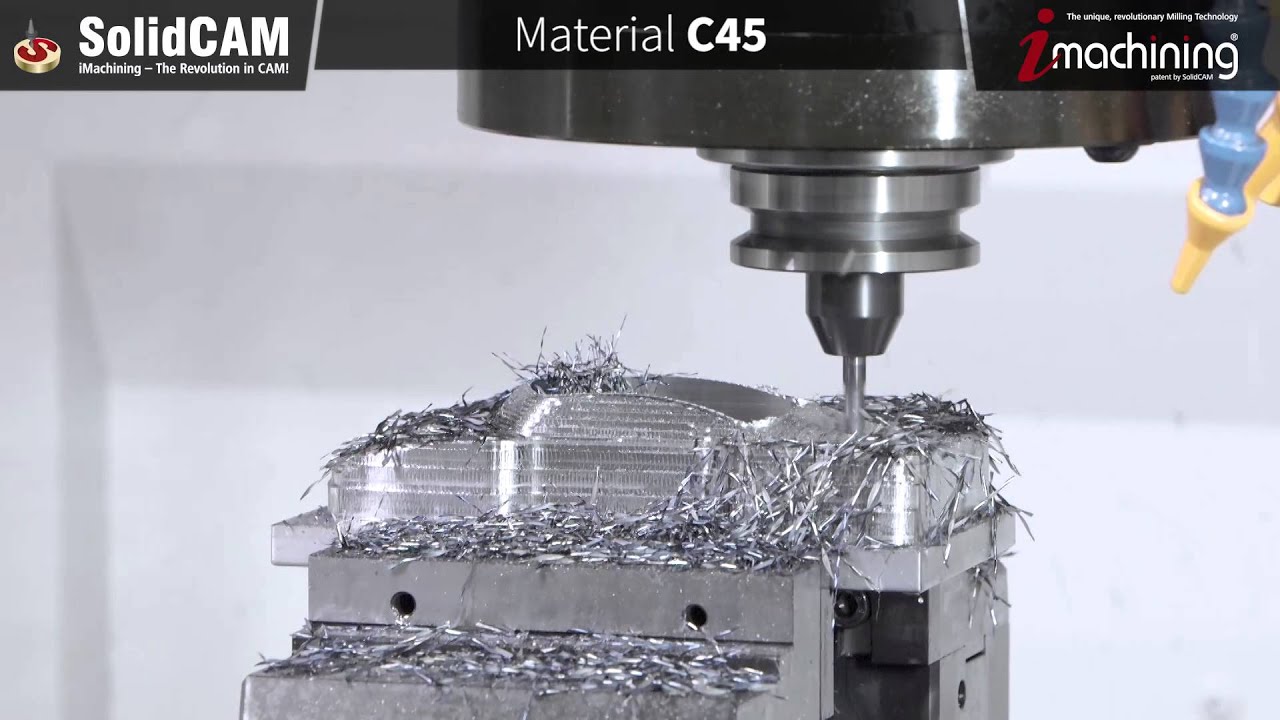 Shortly after SOLIDWORKS World, I spoke with SolidCAM’s founder and CEO, Emil Somekh, in a lively and candid conversation that set a number of things straight specifically about SolidCAM, as well as the CAM industry in general.

The story of SolidCAM begins in 1984 when it was founded by Dr. Emil Somekh with an interest for bringing 3D CAD and CAM to the PC, starting relatively small and then branching out to the rest of the world. With 20,000 seats installed worldwide, from the beginning the company has concentrated on CAM only, is integrated into CAD – SOLIDWORKS and Inventor – and is very customer centric with service centers around the world staffed by real machinists. SolidCAM also has close relationships with most of the major CNC machine manufacturers. Related to this relationship is a major trend that SolidCAM sees – the proliferation of complex (and expensive) mill-turn machines where all operations can be performed with one setup, reducing cycle time and improving quality.

Interestingly, Autodesk is both a partner and competitor (with the acquisition of HSM Works), but Dr. Somekh estimates that it will take at least 10 years for Autodesk to catch SolidCAM in terms of functionality.

SolidCAM’s unique 2D and 3D iMachining technology actually consists of two modules – an intelligent Tool Path Generator that calculates efficient, tangential tool paths that ensure constant mechanical tool load; and the Technology Wizard that calculates the cutting conditions for a given machining operation. The iMachining Technology Wizard is very interesting because using it provides users with optimal speeds and feeds, taking into account the toolpath, stock, and tool material, as well as the unique specifications, capabilities, and limitations of the machine performing the work.

In other words, the Technology Wizard removes virtually all of the guess work involved with setting how fast a machine spindle should spin, feed rate of the cutting tool, step-over adjustments, and how deep to cut.

With all of the automaton that is in iMachining, the only major adjustement that users normally have to make is with the iMachining level slider that controls how aggressive the operator wants the machine to remove material with regard to feeds and speeds.

iMachining is so efficient largely because of a variable cutting angle where tool paths are calculated to keep the cutting angle between a minimum and maximum as specified by the Wizard; and a variable feed that maintains a constant cutting force by automatically adjusting the feed for varying cut widths.

At SOLIDWORKS World a couple of months ago, we spoke with and interviewed the COO of SolidCAM, Shaun Mymudes with the following video link:

On the topic of CAM industry consolidation, Dr. Somekh said that SoildCAM has been approached several times over the years for acquisition. When the company said “not interested,” the suitors kept after competitors until they acquired one or more. A trend that continues as we have noted. Dr. Somekh said that large companies, such as Autodesk and 3D Systems, acquire CAM companies for the ability to offer a wider range of products, but often don’t understand CAM and can’t properly support it. The main reason SolidCAM does not fancy itself as an acquisition candidate is because it feels its iMachining technology is so unique that its competitors are constantly having to play catch-up. That’s confidence! 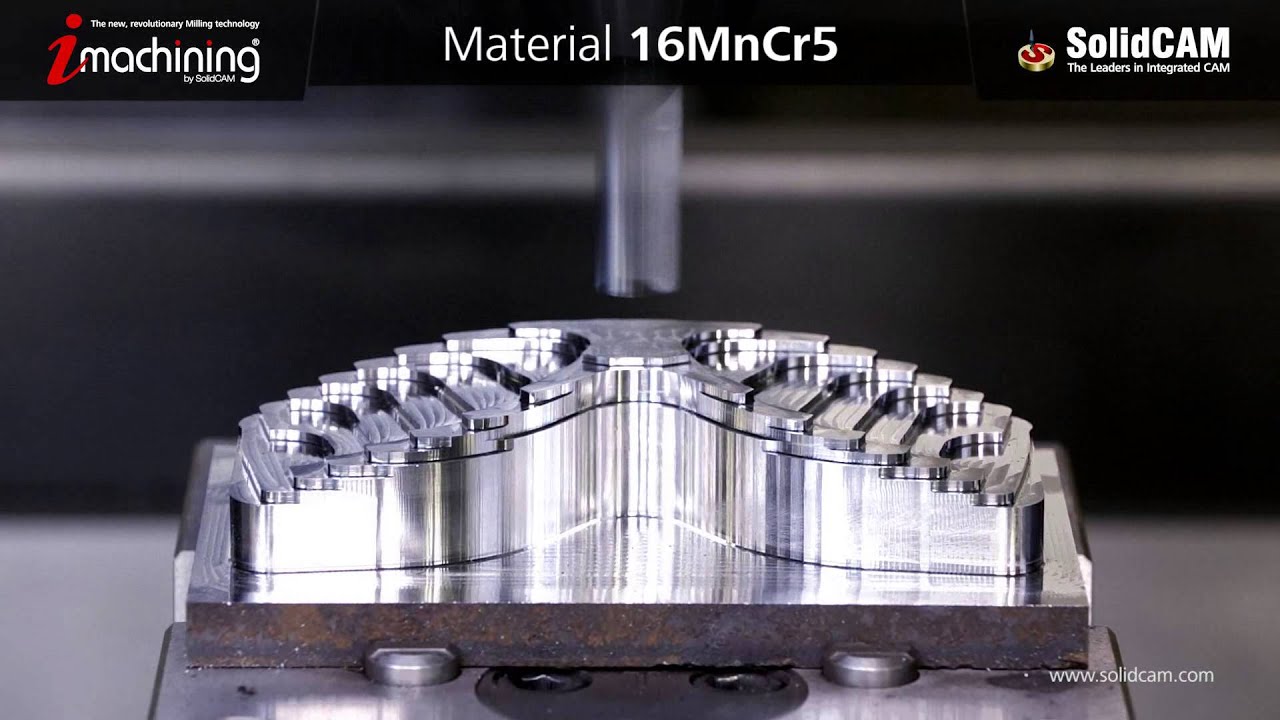 SolidCAM believes it can best serve its customers by being 100% in control of what it does, thus its main interest in remaining independent. “Innovation is best done by us staying independent and growing,” said Dr. Somekh.

Overall, he sees the CAM industry continuing to consolidate to a certain extent, especially among smaller players, but he also sees strong competitors, such as SolidCAM, remaining independent.

As for the future of CAM, Dr. Somekh said that it looks good with the advent of machines with greater capabilities, feature recognition, cloud-based CAM (no “on the record” details given, but something big from SolidCAM is coming having to do with that new company, Onshape), better integrations with CAD vendors, and closer relationships with CNC machine manufacturers and tool makers. Desktop machining is also a good opportunity. Ultimately, he sees virtually all machines being run by CAM software, or at least the ability to do so.

Although it is a fact that the CAM industry is indeed consolidating, for SolidCAM, continued independence and focus make all the difference going forward for a promising future. I don’t expect this to change anytime soon, and that’s a good thing.